A website called Rate My Professor allows college students to evaluate their teachers, rating them on their level of difficulty and expertise. Many students, when selecting courses, will look at those reviews and use that information to decide which course to enroll in. These student reviews are highly influential! What one student, who has been through the course, says carries significance for those deciding whether or not to enroll.

In his review of Jesus, John the Baptist declared Him “the Lamb of God” (v. 35), a statement that heavily influenced Andrew and John. Jesus then issued this life-changing invitation to His disciples to experience Him for themselves: “Come and you will see” (v. 39). He invited them to come, to walk alongside Him. After spending the day with Jesus, Andrew enthusiastically went to his brother Simon and proclaimed, “We have found the Messiah” (v. 41).

Both John and Andrew became influencers, sharing the good news that the Messiah had come. Word of Jesus quickly spread to many others, including Philip, Andrew, and Peter. History now records the disciples’ day-to-day experiences as they walked alongside God’s Son and learned from His example. And Jesus’ influence did not stop with His death, resurrection, and ascension. His life has been recorded in the bestselling book of all time spreading from Jew to Gentile and to every continent.

When we share how Christ has worked in our own lives, we influence others. Since September 2, 1981, my life has truly never been the same. Hallelujah! September 2 was the day of my salvation. Tell others how your life has been miraculously influenced by the saving grace of Jesus Christ.

>> How has your life been changed by Jesus? Tell someone about it today, in a conversation, with a letter, or even on social media. While you might not write a bestselling book, you can certainly tell someone today Who has influenced your life. 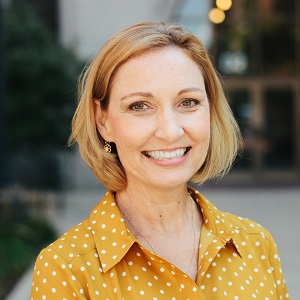 Dr. Mary Martin previously served at Moody as program head of Christian School Education and chair of the Education and Counseling division. She has also served as a classroom teacher, principal, and head of school. Mary is the author of Impacting Student Learning through Christ-Centered Instructional Leadership and currently resides in North Carolina with her husband, Michael. She speaks at numerous education conferences each year and loves mentoring Moody graduates.