In 1521, the Diet of Worms demanded that Martin Luther retract his teachings. He courageously answered: “My conscience is captive to the Word of God. I cannot and will not recant anything, since it is neither safe nor right to go against conscience. I cannot do otherwise. May God help me.”

In today’s passage, Peter and John were also asked to defend their convictions. The Apostles had been “proclaiming in Jesus the resurrection of the dead” (v. 2), which thousands of people received with faith. But the religious elite responded with angry opposition. To say that salvation is found only in Jesus was unpopular, but Christ has always been a stumbling block (v. 12; 1 Cor. 1:23–24).

In our evangelism, our boldness and confidence comes from Christ. It was Christ Himself who first proclaimed: “No one comes to the Father except through me” (John 14:6). The exclusive claims of Christ are not something that we have invented. We are telling people what Christ said about Himself.

The truth that Peter and John preached was so important that they were willing to defy those who opposed them. The religious rulers foolishly assumed that the Apostles could choose when, where, and what they preached. But the Apostles, constrained by a higher allegiance, made it clear that they had no choice. Having met Jesus, they could not help talking about Him (v. 20).

Many of the truths of our message continue to be very unpopular in our day. The necessity of repentance and faith, the exclusive claim of Jesus Christ as the only way to salvation, and the cost of self-denying discipleship are all objects of scorn among our neighbors. The godly evangelist needs a heart fully convinced by the truth of God’s Word.

The claims of Christ are exclusive. Like Peter and John, we need hearts that are convinced of the fact that “salvation is found in no one else.” Only then will we tell others about Christ with boldness and urgency. To prepare our hearts for evangelism, we must diligently study the Word of God and allow ourselves to be constrained by its teaching. 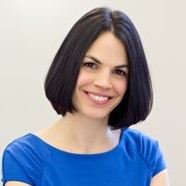