Have you ever tried to speak a difficult truth to someone you love? Perhaps you had something important to say. Maybe you felt obligated to confront bad behavior or needed to inform someone of a difficult decision you had made. No matter the circumstance, no one enjoys being the bearer of bad or unwelcome news.

That is the role the prophets often played in the Old Testament. They were ordained by God to deliver His messages to His people, whether good or bad. Sometimes prophets foretold future events—and the accuracy and reputation of the prophet were determined by whether those things occurred as promised. Other times, they would confront current sinful practices, relaying God’s message of judgment and correction to His people.

The Hebrew word for prophet was nabhi meaning “spokesperson” or “speaker.” The prophets’ words were, quite literally, not their own. Their message came directly from God Himself: “I will raise up a prophet from among their countrymen like you, and I will put My words in his mouth, and he shall speak to them all that I command him” (Deut. 18:18). No matter what the reception might be, no matter what rejection awaited them, they were obligated to speak truthfully and without hesitation.

We have some things in common with these prophets of the Old Testament. Certainly we live in a culture that is increasingly hostile to God’s truth, and we are called to reflect His light in the darkness. Who will speak God’s truth to the people God loves? As a child of God, you have been placed in a specific location with specific friends, family members, neighbors, and coworkers. You have a responsibility to share His Word and speak His truth. You may be the one who will call them back to a faithful relationship with the Lord.

In Ephesians 4, the apostle Paul speaks to our responsibility to communicate God’s truth as growing, maturing believers: “We are no longer to be children, tossed here and there . . . but speaking the truth in love, we are to grow up in all aspects into Him who is the head” (Eph. 4:14–16). As God’s spokespeople, we are not to be tossed around by popular opinion but rather anchored in His Word. We are to steadfastly communicate the Lord’s message of hope and redemption, truth and light. 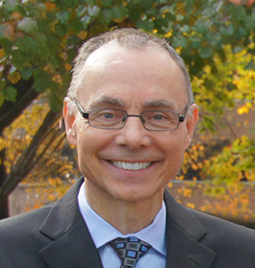